An exciting feature-full new version of MySQL (v8.x) was released on April 2018. Along with those exciting features, there were many changes and enhancements done in MySQL's internal optimizer. Naturally, we at EverSQL keep an eye on major changes in MySQL's optimizer, to make sure we are familiar with them and co-exist with them.

So now that 2019 started, I thought it's a good point in time to look back and see how well this new version is adopted by the community. To do that, we surveyed our users for 3 months, from October to December 2018, asking which MySQL database version are they using for their main product's environment. Please note that these results are in no way scientifically-true, nor statistically-true. It's just the data we received and thought it can be interesting to share with the community.

During these 3 months, we received 2000 survey replies from professionals working in companies with more than 5 people. So what can we assume (not necessarily learn) from these numbers? 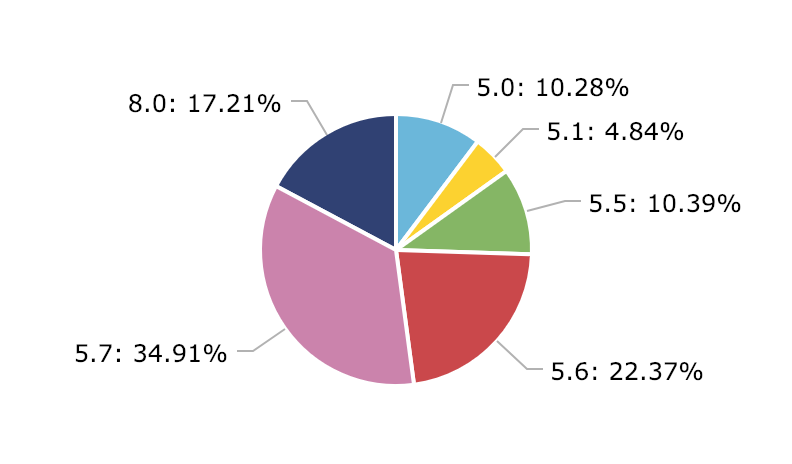 Also, I wondered if there is a specific trend in adoption rate. It may be hard to conclude that from 3 months of data, but I had to check.

Now that we covered the things we assume from the numbers above, let's cover a few limitations of the data we've collected:

Hopefully the adoption rate for MySQL 8.x will be much higher when next year, when 2020 starts. Happy new year!