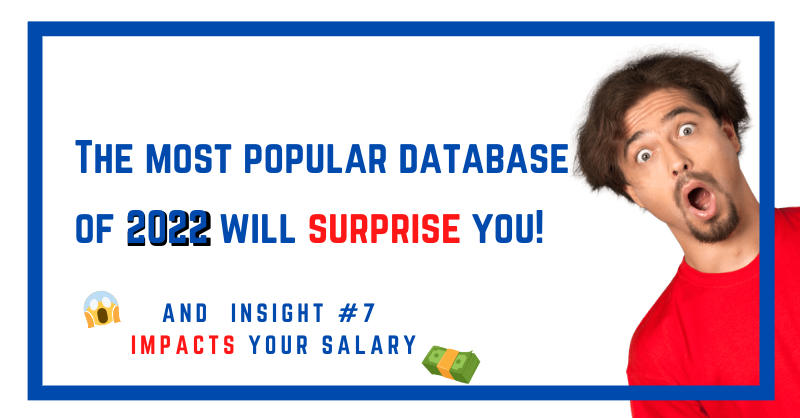 StackOverflow's developers survey results are already in, and the most popular databases for 2022 have been revealed.

The survey had 48,788 votes and it is important to highlight that the popularity of different databases can vary depending on a number of factors, such as the type of application being developed, the size and needs of the organization, and the preferences of the developers and their past experience.

Without further ado, let's look into the results: 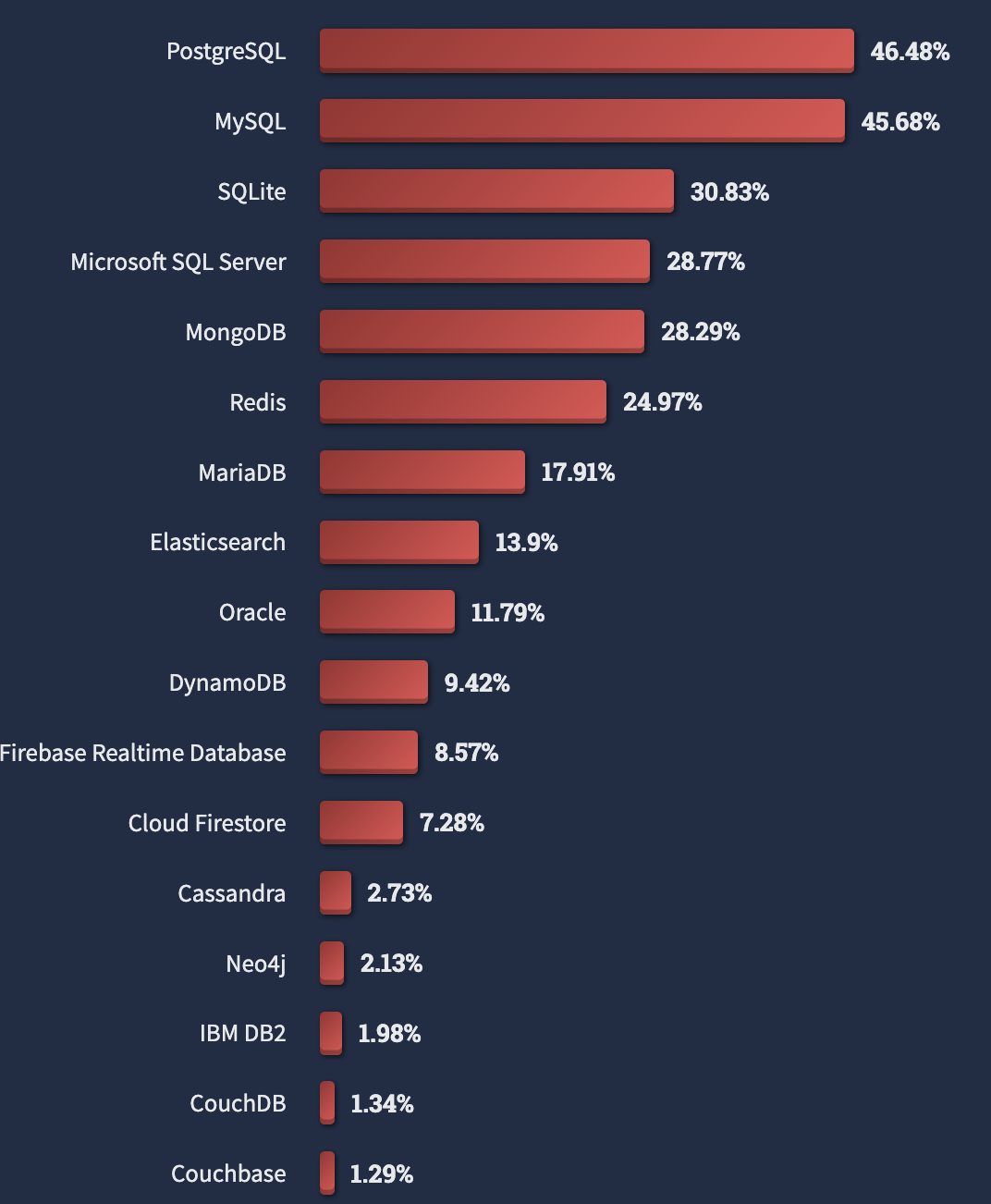 So what can we learn from these results?

The database ecosystem is thriving and constantly evolving. Developers prefer open source databases with developer friendly state of mind and thriving communities, such as PostgreSQL and MySQL.