[Solved] Would it be better to do a sepparate query instead of a left JOIN?
Looking to automatically optimize YOUR SQL query? Start for free.

Would it be better to do a sepparate query instead of a left JOIN?

Only a couple of rows is returned when not using LEFT since there isn't always data in the associated table - recipe_preparation. This is one of a couple of tables with the same "issue".

The reason to why the preparation details is in a sepparate table is because of the ability to suggest/submit a better explanation. This is so the user can add their own/select a preffered one, and connect it to their account..
The AND rp.in_use is for the public one.

Anyway; I've read somewhere that using LEFT is more expensive, and that it should be avoided if possible. I could query recipes and only JOIN glasses. Then, in my application, I could just do a new query on each recipes to check if there's any data to retrieve.

What would be the better solution?
and as I mentioned before; this is just one of several other tables with this "issue"..

UPDATE:
Here is a EER diagram that I'm working with: 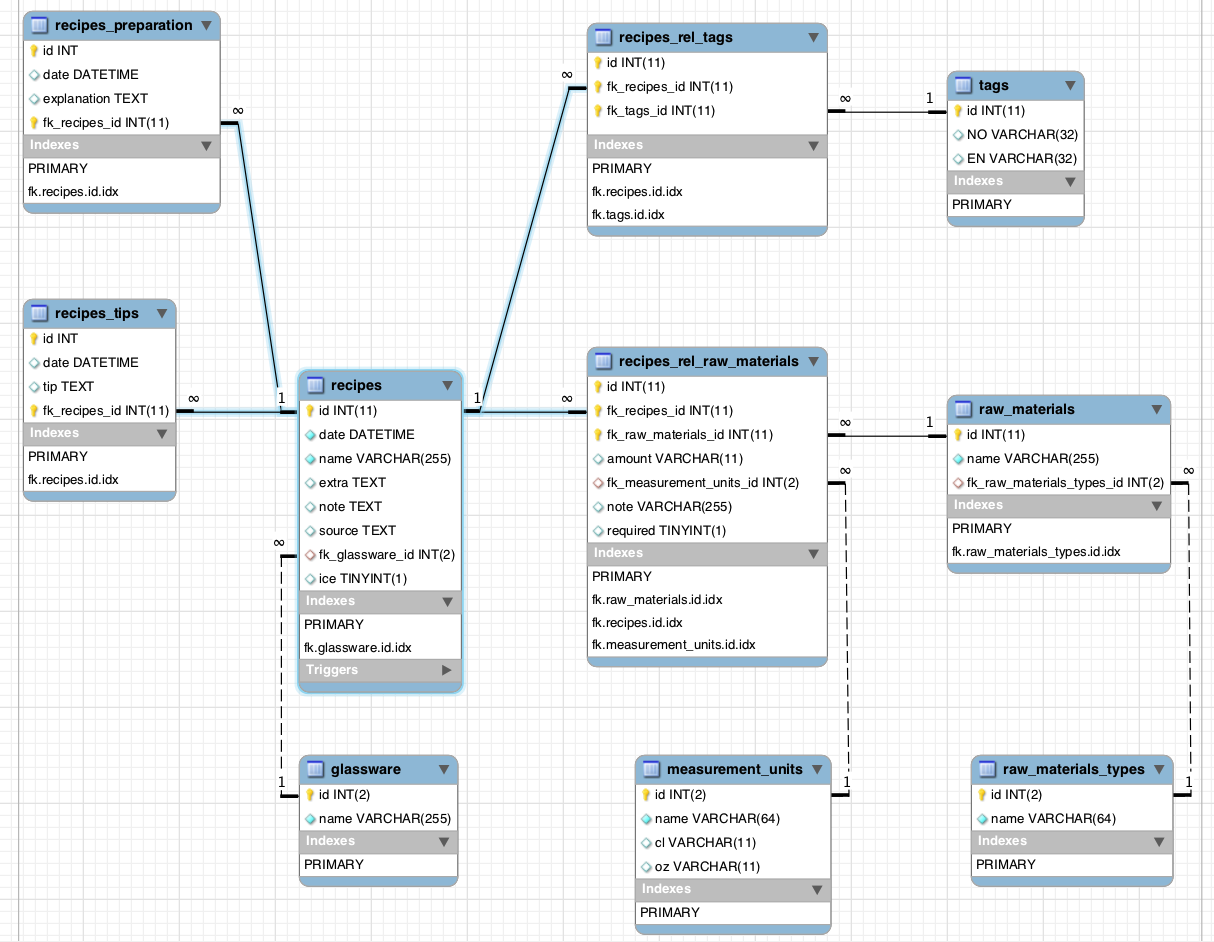 I've added a couple of more tables after this screenshoot was taken, and the in_use column in recipes_preparation (not indexed)..
Maybe this could tell a little more...

UPDATE #2:
I looked into the EXPLAIN statment, and this is the result I got - which didn't tell me much at first.

Looks like it starts with table g(glasses)? And it looks like it uses ALL as the join type - which is not good since that is a full table scan according to the MySQL Refrence..
Also; "MySQL found no index to use for executing the query more efficiently" more than? - the PK? - or non at all?