We have an application supported by vendor and there was a piece of code which was doing very heavy logical reads and time consuming inside a procedure, hence I proposed them to tweak the query a bit to have much lesser IO and time, it worked well in test in terms of data and performance however its failing in production and returning different data, we had to rollback the changes. Need your expert advise on this.

This was tested for data in Test environment for more than 3 months and we never had any data issue. Started failing sparingly in Production immediately after the deployment and was producing inconsistent data.

The DDL of table is as below:

Providing only those columns from definition which is used in the query.

Udt_RefNo is a user defined datatype as: 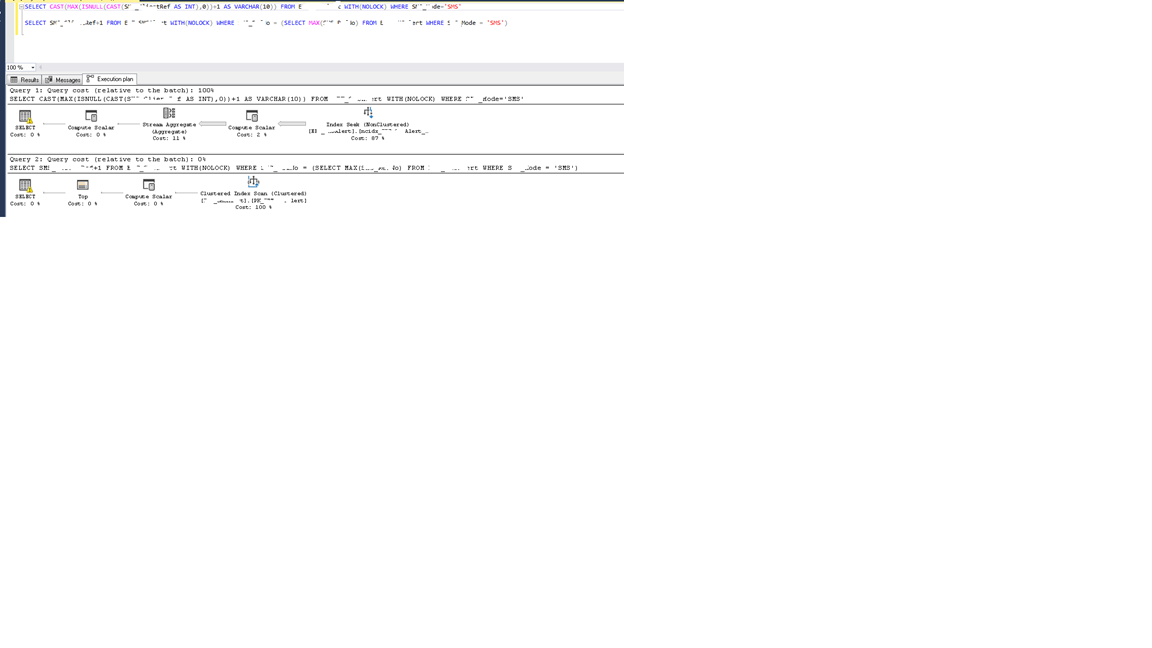 Comparison of Number of Reads after enabling statistics IO and time:

Vendor has come back with suggestion as

Issue is - how to test them as all of them seems to work for most of the scenario however fails only in few cases. I am not very much aware of the application and its vendor supported one, so can't get much details like how does business logic work for underlying procedure.